The American Musical and Dramatic Academy College and Conservatory of the Performing Arts in New York City and Los Angeles will be conducting placement and scholarship auditions in Hong Kong for its Bachelor of Fine Arts and Professional Conservatory programs in Acting, Musical Theater, Dance Theater and Performing Arts.

The auditions are scheduled for 10:00 on Saturday, August 4, 2018, at Hong Kong 3Arts Musical Institute.

AMDA is America’s leader in acting, musical theatre, and dance and performing arts education. Our state of the art programs draw talented students from across the United States and all over the world.  In addition, AMDA offers generous partial scholarships and grants to academically qualified and talented students.

Over 40 AMDA graduates are currently performing on Broadway.  Caissie Levy, a Canadian actress and singer known for her performances in musical theatre on Broadway in the West End, is one of our several thousand outstanding alumni who have graduated from AMDA.  She is currently starring on Broadway in Disney Theatrical’s production of Frozen. Other AMDA graduates are also appearing on television and in film, most notably, Nina Arianda, Jesse Tyler Ferguson, Tyne Daly, and Paul Sorvino.

Please visit our website at amda.edu and check out our video overview of AMDA at https://vimeo.com/175904899 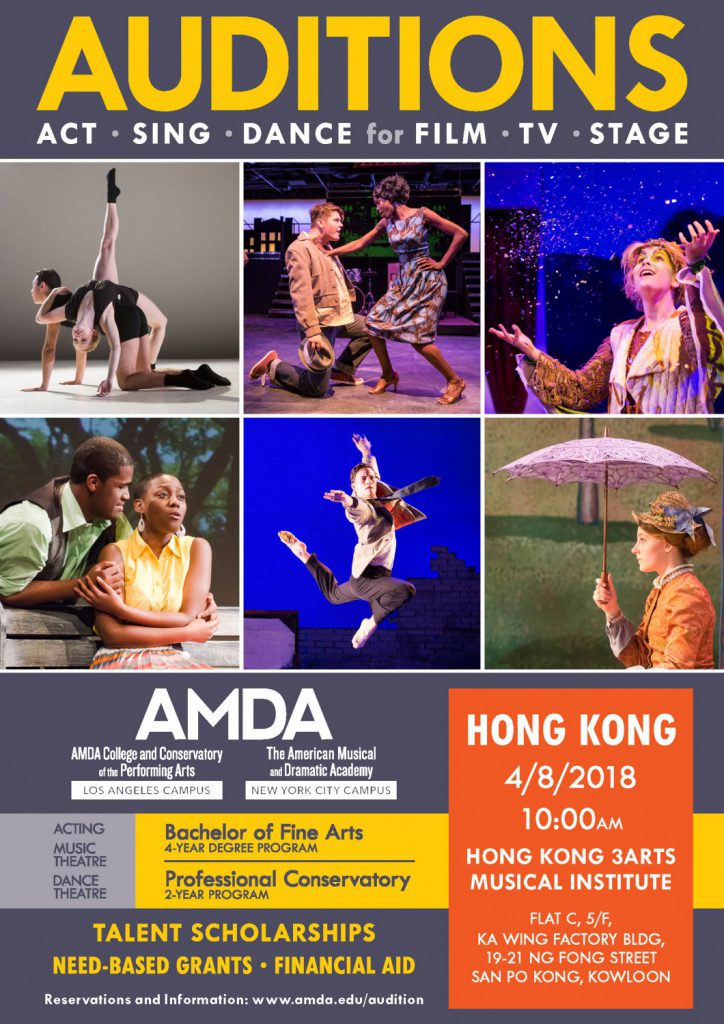