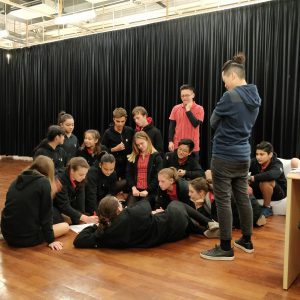 The annual Hong Kong Arts festival provides our community with the opportunity to see some great theatrical productions.

This year, our DC Drama students from years 10, 11, 12 and 13 will have the chance to attend five productions at the festival, through our new partnership with Young Friends of the Hong Kong Arts Festival. This is a local organisation which promotes theatre experiences for schools and young people in Hong Kong, offering various programmes and events such as ‘Meet the Artist’ opportunities, open rehearsals, backstage tours and masterclasses to encourage and nurture students’ appreciation and passion for the arts. This partnership means we have reduced rates for tickets, and, aside from seeing some great performances, our students will also attend a rehearsal for a production; giving them a chance to see how professional troupes prepare, as well as a workshop in connection with one of the productions. 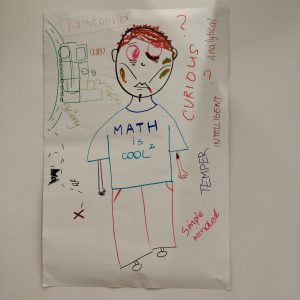 On the 14th of March, we will be taking all out year 11, 12 and 13 Drama students to a performance of the play, ‘The Curious Incident of the Dog in the Nighttime’. Winner of five Tony Awards® and seven Oliviers including Best Play, Best Design, and Best Director this thrilling production from Britain’s National Theatre has been hailed by The Times as “a phenomenal combination of storytelling and spectacle.

“15-year-old Christopher Boone has an extraordinary brain, exceptional at maths while ill-equipped to interpret everyday life. He has never ventured alone beyond the end of his road, he detests being touched and he distrusts strangers. When Christopher falls under suspicion of killing his neighbour’s dog, his detective work to identify the true culprit takes him on a frightening journey that turns his world upside down. The Curious Incident is a story about all of us, a story about difference, about seeing the world in a surprising and revealing way.” 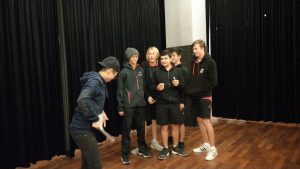 To prepare for this production, our Year 11 and 12 students received a workshop focussed on the play, led by Emily from Young Friends of the Hong Kong Arts Festival, on the 5th of February. In two groups, our students explored the theme of marginalisation and how differences between people should be celebrated, not merely tolerated, based on interactions with the main character from the play. They worked through various devising activities and games; Emily did some fantastic Teacher-in-role acting, and the students worked on improvising a range of responses to the character of Christopher. Through a workshop of only one hour, each student from both groups transformed their initial negative responses into a deeper understanding and true empathy for the character, which was mesmerising to watch.

This workshop will give our students a far greater understanding of the play when we go to see it on the 14th of March, and definitely more empathy for the main character. Not only is this useful for appreciating the production, but this also sets our students up beautifully for their next unit in year 11, where they will design and create a piece of theatre especially for students at the Jockey Club Sarah Roe School; our ESF sister school for students with severe learning needs, many of whom also live their lives through the lens of Autism,  just like our main character Christopher.

A snippet from Monday; Year 11s and 12s received a workshop on "The Curious Incident of the Dog in the Nighttime"

Another snippet from the workshop on 'The Curious Incident of the Dog in the Nighttime' last Monday, 5th Feb. So great to see how caring and compassionate our Year 11s and 12s are!