Skateistan is an initiative working in Cambodia and Afghanistan that combines skateboarding with educational outcomes. It is non-political, independent, and inclusive of all ethnicities, religions and social backgrounds. The project provides us with an idea of what can be done by combing sport, creativity and a passion to make a change.  This video is a TEDtalk by its founder, who highlights how Skateistan has broken conventions about the role of women in Afghan society, where they can boast the title of the largest sporting organisation open to girls in the country, and the highest participation levels of female skateboarding compared to males in the world.

Who will benefit?
Feeding Hong Kong supports local welfare organisations that provide food support to those in need in our city. Their 50 plus charity partners include shelters for the homeless, migrant worker and women’s refuges, senior day centers and other non-profit programmes that provide food to the hungry. With your support, they hope to drop-off a special sea-related delivery to them this June.

Why the fishy theme?
Seafood and seaweed are loaded with nutrients that are good for our health. Canned fish, such as sardines, mackerel and tuna, are a great source of protein, vitamin B12 and selenium. They are also rich in omega-3 fatty acids known to boost heart health and lower triglycerides. Dried seaweed, on the other hand, is an excellence source of minerals such as iodine, magnesium and calcium. It has high value of soluble fibre, which slows down the absorption of sugars and cholesterol in the body. Whilst fresh is best, canned and dried fish are shelf-stable, cost-efficient and nutrient packed – a great option for low-income families.

How can you help?
Click here for the list of our most needed food items and some special items related to the sea. Distribute the list to friends, family and colleagues and encourage them to fill a grocery bag with wholesome and nutritious foods. At the end of your food drive give Feeding Hong Kong a call to schedule a delivery to our warehouse.

For the third year in a row, DC students gathered to take part in 40 hour fast to raise awareness about world hunger. Organized by students, the 40 Hour Famine aims to not only raise awareness about world hunger but also raise money for World Vision, a charity dedicating to breaking the poverty cycle and reducing hunger.
Students that have taken part in the fast, all agreed that it was an eye opening experience. “Before I did the famine, I overlooked hunger’s other side effects like dizziness, and inability to concentrate. These things must have a big effect on how a child learns which is a big factor in breaking out of the poverty cycle” said Tra My Hickin, one of the event organizers.
Those who took part this year managed to raise over $20,000 for World Vision, who will use the funds in their efforts combating hunger and famine.
A special thanks goes to teachers Flora Mather, Danny Freer, and Lissie and Brandon Nichols for supervising the sleepover that was a part of the DC famine.

Why you should celebrate World Oceans Day

World Oceans Day, held annually on June 8, serves to remind us about the importance of our oceans, and that we have a reason to celebrate and honor the ocean.

If you are in Yr 11 and you are keen to get involved in organising activities to celebrate World Oceans Day at DC, please email Ms Belcher – gabbie.belcher@dc.edu.hk – to sign up! 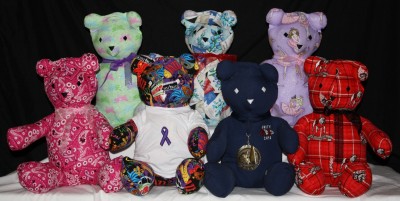 16-year old Nina Manuel from the US state of Georgia founded Share-A-Bear in the spring of 2013 and creates teddy bears to benefit hospitalised children. In addition to giving bears to hospitalised children, Nina sells her handmade bears and donates the money to charity. Creativity and service neatly rolled together in this meaningful project!

Alex’s Lemonade Stand was started up by 8-year-old Alex Scott, who wanted people across the US to host a lemonade stand during one weekend in June to help fight childhood cancer – one cup (of lemonade) at a time.

Now, National Lemonade Days is an annual June tradition in the US that raises over $1 million for childhood cancer research through thousands of stands and events held across the country. Alex Scott could certainly be considered a change maker – somebody with a passion and a plan who preserved to make it happen. 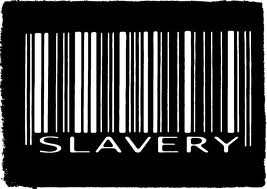 Tree planing in DB Sunday May 18

Everyone in the family, from the oldest to the youngest is invited to get involve din tree planting in DB this Sunday – from 10 am onwards.

What to bring – Good footwear, long pants (not absolutely necessary but they help to protect the legs). A selection of indigenous tree seedlings, gloves, tools for digging, planting and watering will be provided on site.

For directions to the site, click on this document  Tree Planting Location – 18th May

The Indochina Starfish Foundation’s Football Program provides us with an example of using sport as a medium for social change. What ideas could you take form this and apply them in your Community Engagement efforts?

The Foundation
The Indochina Starfish Foundation (ISF) provides education, healthcare and sporting opportunities to some of the most disadvantaged
children in Cambodia. In addition ISF provides support services to the families of the children in our education program in an attempt to break the cycle of poverty they are currently trapped in.

The Football Programme
ISF, along with the Football Federation of Cambodia (FFC), plays a key role in providing grassroots foot-balling opportunities to some of Cambodia’s most disadvantaged children. Since its inception in 2006 the Football Program has been staggeringly successful. What started with 50 children in 2006 had risen to 3,500 in 2014. The female contingent of players grew from 48 in 2008, to over 1,400 in 2014 and since 2011 the program has expanded to include deaf and hearing impaired players and recently children with intellectual disabilities. It is often hard to describe what an effect this program has on the children. For most it is an opportunity to break the cycle of the harshness of life they have found themselves in. Importantly it gives them a chance. The program is run in a way so as to both educate and enthuse the youngsters The ISF football program teaches many skills the children can use in other areas of their lives, such as respect, teamwork and self confidence. The ISF uses the football platform to teach the children valuable life lessons such as the perils of drugs, alcohol, gambling and the dangers of prevalent social issues such as domestic violence, human trafficking and gender equality. The regular contact with the ISF coaches also gives the children access to experienced and trusted role models which are genuinely important in such disadvantaged societies.