The 3 Hong Kong schools entered development teams of younger students which provided the tournament and those students the opportunity to see the future of this event. Both teams started training in September and this skills development really showed over the course of the tournament. Mr Nigel Philip and Mr Paul McCracken led these teams well over the course of this event with Shanna Forrest assisting with the DC 2 team.

The results from the DC 1 team were pleasing from day 1 with wins over all teams in their pool putting them top of the table going into day 2 play offs. With an easy win over NCPA to take the team to the semi-final they were buoyed with confidence looking ahead to their game against CIS 1. This semi-final was a nail biter which went down to the final minute when CIS took the win with a convincing try scored by a fast breakaway. Although disappointed, the team were hungry for a win in the 3rd/4th playoff against foes AISHK 1. This was played in fantastic fashion and resulted in a drop off going all the way to 3 v 3 with a good break out wide from the DC Cobras to seal the win. The DC 2 team had a harder time on the field in day 1 but developing their knowledge of the game and cohesion as a team. Day 2 was tighter for them with a close loss over NCPA in their initial game they then managed to put together some impressive plays to score against AISHK 2 but it was not enough for a win putting them into the wooden spoon game against CIS 2. This was the game they had been waiting for.

Two development teams of about the same experience and it played out as a battle of the titans. CIS scored early and took the lead into halftime but an embattled, yet passionate team of mainly Y8 students along with strong leadership in the form of some Y12 students fought hard to come back and score twice to take the lead which then gave them the win. An impressive tournament effort from his team and the hope we will see these players and their friends come back for the ISSFHK season in May and ACAMIS 2020.

A huge thank you to Daneika Fong, Andrew Page, the DC Cobras Sports Captains, Raymond Chen, Lily Sercombe and Will Cheung who supported this event with set up, organisation on the day and other logistic matters. We look forward to the ISSFHK Touch Season and ACAMIS 2020 which DC will host in November. Be there.

The ISSFHK Championships was a great success for the Cobras junior swim team. With 19 schools and over 700 swimmers in attendance, the Hong Kong wide competition was fierce. For a few of our swimmers, this was also their first time competing in a 50m olympic pool and they conducted themselves admirably and performed with focus and determination. The Cobras swim team came away with some excellent team scores, placing 3rd for U12 Girls, 12th for U12 Boys and 13th for U14 Girls. They can be proud of a total 33 individual time improvements and 8 relay time improvements, an awesome effort all round. A special congratulations to Yannie Ho, Elaine Wang, Amaya Mantel and Karlee Dean for placing 2nd overall in the Girls U12 4 x 50m Freestyle Relay, well done girls! 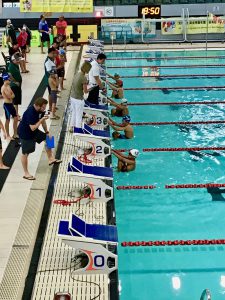 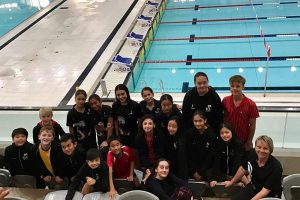 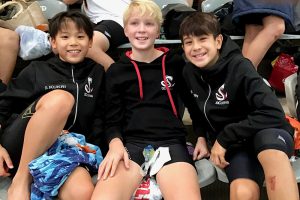